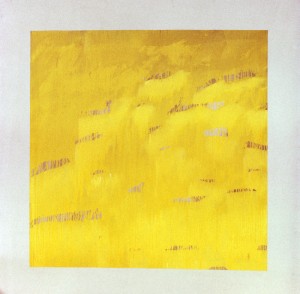 Sometime in the mid 1970s, probably 1974, my friend Rita Dibert and I mused about the weakness of yellow pigments, how the tiniest addition of any other pigment over powers the yellow and shifts the hue from its yellow designation toward identification as belonging to the family of red or blue or black, or green, or anything but yellow.

We observed that we could think of no predominantly yellow artworks.I took this as a challenge.Make a yellow painting. Make it big, so that it would be noticed. Use lots of canvas use loads of yellow paint, yellow on yellow on a silver gray ground. The State of Ohio purchased it to hang in Columbus, in the State Office Building.

Illustrated to your left is the 7′ by 7′ canvas. (click to enlarge). 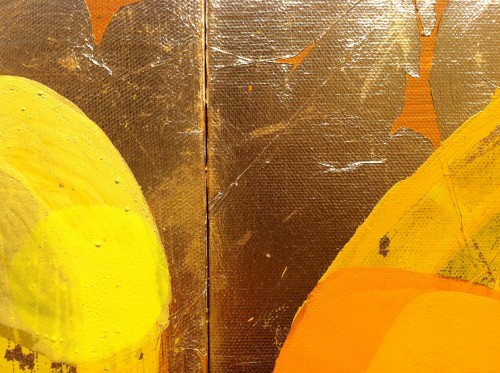 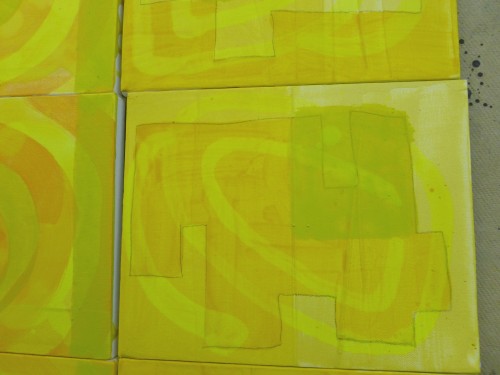 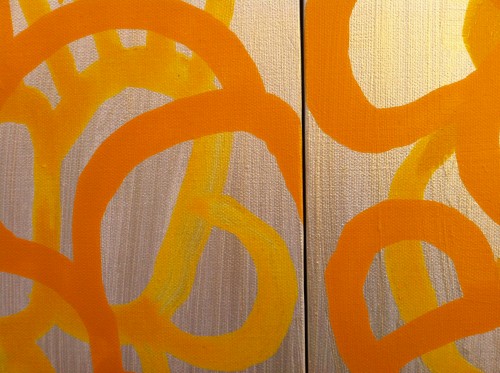 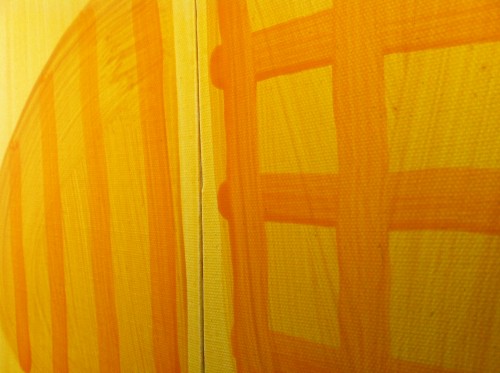 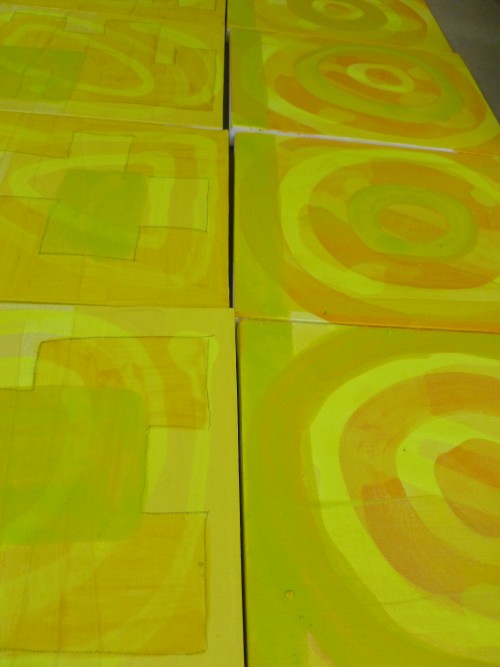 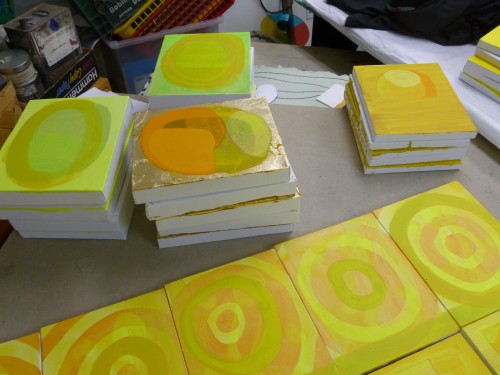 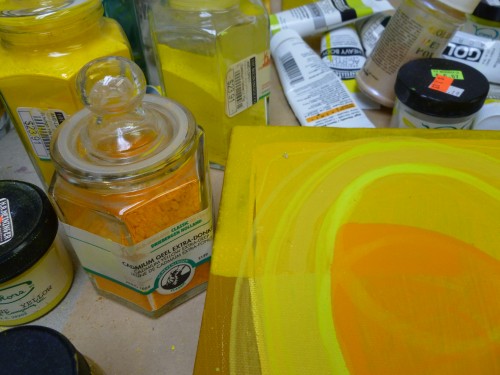 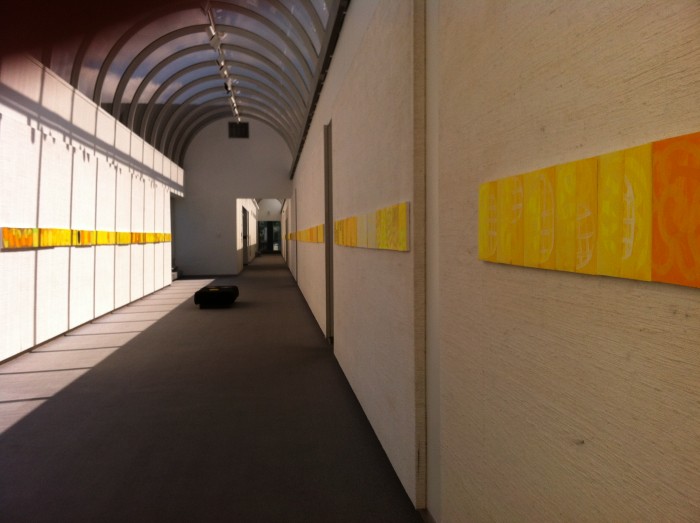 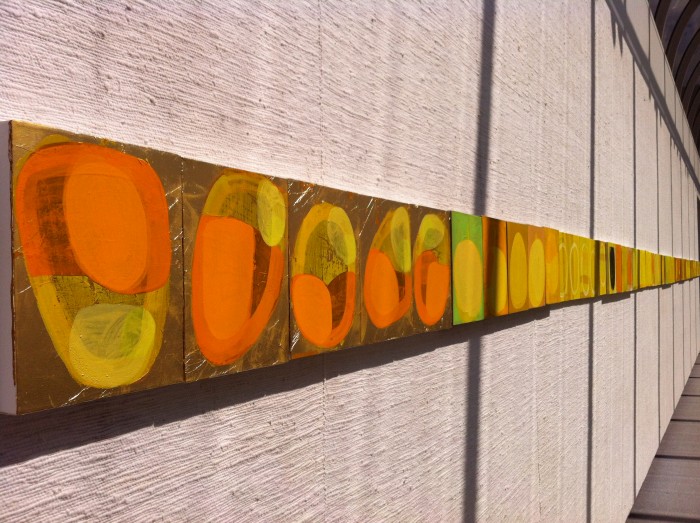 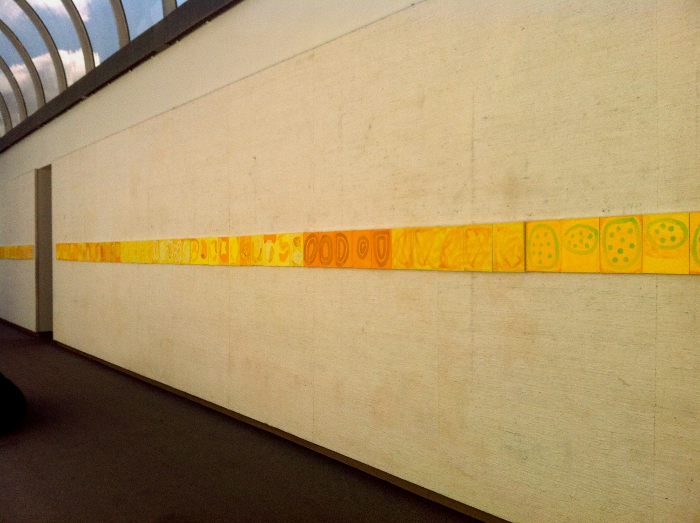 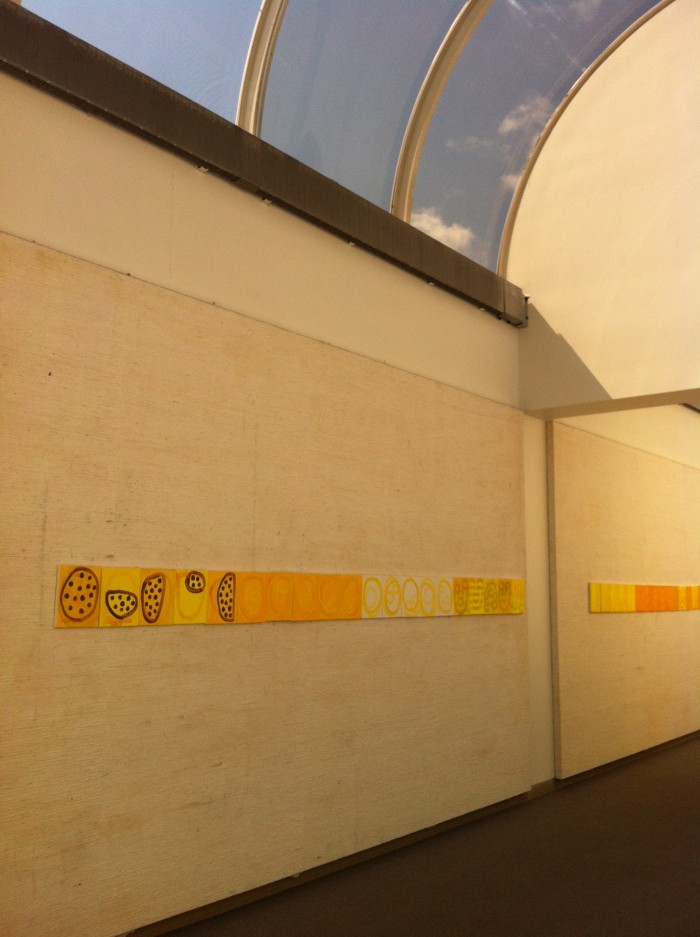 There are other yellow paintings, certainly, by other artists. In the early 1950s the creation of predominantly yellow paintings
seemed to be in the air. But seldom did artists made more than a few examples. Between 2011 and 2012, I painted over 250 yellow canvases.