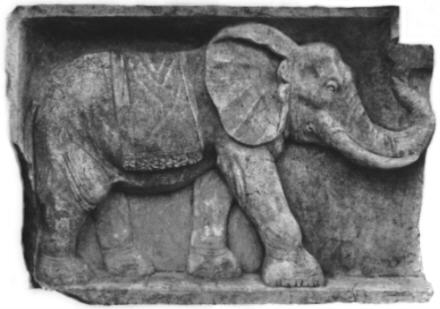 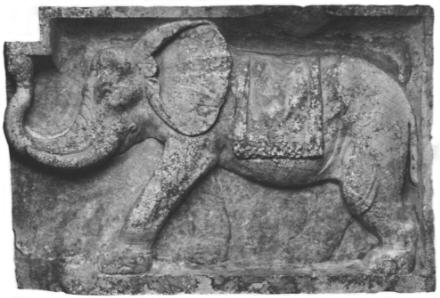 A policeman stopped by to ask questions and fill out paperwork. That my left pant leg had been split up to my knee by the paramedics might have caught his eye. So, he wanted to know if I was involved in a traffic accident? No, an elephant sent me to the hospital.

Most probably the officer was familiar with a recent incident at St. Paul’s Como Zoo. The story made front page in the papers. Two drunks had decided to wrestle a polar bear. It was night time, the zoo closed. The drunker of the two managed to climb into the bear’s enclosure. Sadly for the polar bear; the police, responding to screams, came to the rescue of the drunk.

This Policeman could see that I was completely sober. So it must have been a mystery to him how I could have gotten tangled up with an elephant in Minneapolis, especially at the Minneapolis Institute of Art.

I was a twenty-five-year-old art handler for the Minneapolis Institute of Art. I had recently returned from Malibu, where I had been crating paintings at the Getty ranch. The collection had been housed partly in what had once been J. Paul Getty’s personal residence, overlooking what would be the “Villa” Getty Museum. I was sent with the head of the museum technician crew to crate a number of very large canvases. It took us several days to complete the task. There were no sculptures for us to crate, they were stored in Canada. My understanding is that the sculptures had not been removed from their crates, following their purchase by Mr. Getty, and had remained in dead storage. Rather than put the entire collection into mothballs during construction of the new “Villa” museum, key pieces were loaned to the Minneapolis Institute of Arts for a special homecoming exhibition. Minneapolis, after all, had been J. Paul Getty’s boyhood home.

Returning to Minneapolis, I awaited the arrival of two vans; one transporting the paintings I had packed and the other carrying sculptures from Canada. Two Pinkerton guards accompanied the vans. The unloading of the first truck and unpacking of the paintings was routine. The sculptures were a complete unknown. They were heavy. Very heavy. The crew boss, Irv Lucius, had not been informed how large and heavy. Safe inside the crates, lowered to the ground by large hydraulic tailgates, and put onto heavy duty carts; the sculptures were manageable. Extracting them from the crates would prove to be tricky business. The heaviest pieces were a pair of marble elephants. Each was packed separately. The crew boss elected to use the portable hydraulic lift, rated at 250 lbs. I suppose getting a bigger hoist would have delayed the unpacking. If he had been told how heavy the crates were beforehand, and he may well have been, that information was not passed on to those who had to do the labor. The weight was marked on the exterior of the crate. The first time we saw the figures was at the moment we were expected to handle the object. The sculptures weighed a half ton each, four times the maximum capacity of the hydraulic lift.

The concept was to mix brute force into the equation to compensate for lack of a more powerful hydraulic devise. The stone pieces had been packed into place with excelsior, a fibrous wood product. The plan was to pull the pieces from the crates after putting the crate in a vertical position and removing the lid. Hydraulic and muscle power would put the crate into the upright position, the lid unscrewed and taken away, excelsior removed, and once fully exposed; each sculpture extracted. That wouldn’t have been my plan and I said so at the time. Two technical problems complicated the idea of using manpower and a weak machine. One was obvious, the other subtle. The hydraulic lift was old and unreliable, aside from being underrated for the job. I was over-ruled.

In the process of righting the first crate the hydraulic lift faltered and the crate started to topple. At that moment ten hands reached out to steady the crate and stabilized the marble elephant. The sculpture was unpacked, during which time excelsior particles and dust blanketed the floor. The stone pachyderm was stabilized, then wheeled into the gallery on a dolly.

Since the first crate had slipped, I had decided to prepare for what seemed a likely worst-case scenario. In anticipation that the second crate might fall, I arranged wooden blocking, so that the piece wouldn’t land flat on the floor and leave no way to lift it again. Despite a brooming of the floor, excelsior dust remained. Unseen excelsior was on the soles of the crew member’s shoes and under the lift wheels. When the hydraulics failed even sooner during the lifting of the second elephant, I stepped up as before to break the fall of the crate. Everyone else seemed to be caught totally off guard. I was all alone. The hydraulic lift lost power and skidded away, despite the locked wheels. Worse, no eight hands reached out to aid my two. I tried to brace the crate with my entire body, to prevent it tumbling and smashing the marble sculpture to bits. You know how in some events everything seems to go into slow motion? Well, as I tried to brace the crate, I could see the expressions of sheer helplessness and horror on the faces around me. Excelsior dust coated the soles of my shoes. It was if I had stepped on a sheet of ice.

My right foot slid behind me, leaving my left leg to be caught in the diminishing angle between the elephant and floor. The elephant was going to take me down and at least I provided it a cushioned ride, as it traveled from an angle of less than ninety degrees to zero. Fortunately, I had placed wooden blocking on the floor. They minimized my injuries. In slow motion, as I was crushed to the concrete, my left leg and foot were compacted into the 4-inch-tall space created by the blocking I had laid before the marble elephant fell.

What happened next was kind of interesting. The faces, gestures, and total frozen nature of the spectators couldn’t have been more bizarre. No one said a word. No one moved. Once the elephant stopped moving with the force of gravity, I was the only one in motion. There I was, on the floor crumpled under this elephant, which I had just saved, mind you! I was flat on my back, but like those mothers who miraculously gain superhuman strength to lift cars off their babies, I reached out and elevated the crate with one hand while I pulled my pretzel shaped leg out with the other. I can see myself doing it today. Still see the faces around me, too, looking on in disbelief. Realizing that the crew had been struck dumb, I ordered my own first aid and rescue. Damn. I sent someone to get two packing blankets to help fend off shock. I recall I had to send another co-worker to call for an ambulance.

So, there I was on the floor and things were just starting to roll along in normal speed. In through the door walked a co-worker completely oblivious to everything that had happened. He had been next door putting money into a pop machine. He wanted a Coke. He must have pushed the wrong button and then didn’t look at the label, which said ROOT BEER. He opened it and started drinking.

So, there I was on the floor, covered with packing blankets listening to him whine about root beer. “You know, Bob, I really could use any kind of drink right now, could I have a sip of your root beer?” To which he replied, “Sure, ya gotta dollar?” As I said, Bob can’t be faulted for not knowing the situation. It probably looked like a normal day to him.

At that moment, the Pinkerton guards rushed in with pistols drawn. Minutes later the ambulance showed up and carted me off.

A doctor put a real plaster cast on my left leg and told me I had three broken bones. I don’t know if broken bones normally hurt, but they didn’t. The muscles did bother me later and the itching inside the cast was everything it was promised to be. I stayed off my feet for the first few days and just stayed in my apartment, across the street from the Institute.

A couple days after the accident one of the workers dropped by to tell me of ‘the retaliation’. Supposedly, since I wasn’t there to suggest a better method, a worker used a pry bar to scoot the “guilty” elephant into place. The result was a chip in the base, still visible to this day.
Apparently the Pinkerton guards were gone.

If you visit the Getty, say hello to my elephant; the one on the left.

Or Click here to be taken to a selection of Sandy’s books on Amazon.