While I spent time walking amongst the standing stones in Carnac, it is not these erect boulders that spur me to depict them. It is the underlying concept of the creation of these row upon row rocks pointing unexpectedly skyward that provokes me to my two dimensional fugue.

Sixty-five hundred years ago huge boulders were dug from the earth and dragged some sixty kilometers to the site of modern day Carnac, in Brittany. Upon reaching their destination they were set into the ground in an unnatural manner. Gravity wants stones to fall flat, not point to the heavens. More than three thousand rocks stand in eleven rows. They are known as The Alignments. As with all prehistory, no recorded story exists. How long it took the massive boulders to be set in place is unknown.

The larger question of why these rocks, like needles on three thousand compasses, all point vertically is as poetic and as open to interpretation as cave paintings. The standing stones are no more grave markers, seismic indicators, celestial maps, than Roman soldiers under the spell of Merlin. To my mind the eleven rows stand as an effort to make sense of the chaos of an unknowable world. The more poetic marking in the painted caves are not of recognizable talismanic beasts, but rows of dots. Yes, rows and rows of dots.

Seen from on high, the Alignment of Carnac’s Standing Stones is row after row after row of dots. The dots in and out of the caves are like aligning the stars: they represent abstract thought, a reordering of the physical world.

It is the abstraction of poetry written in an unfamiliar language, opaque to our eyes to what is behind it. Here is the poetry and magic of trying to make sense of the world and our place in it.

Read my paintings and drawings as poems written for you in a language prehistoric. Don’t be surprised that you already recognize as familiar this unwritten tongue. If you don’t worry about the spelling you can hear the music, feel the cadence, hear past the lack of logic.

After my intimate experiences in the Grotto of Bernifal and amongst the stones of Carnac, I found myself marking differently in my moleskin notebooks. Previously, the tiny pages were filled with thoughts in the form of words. Now, they often look more like musical notation, or poems that balance themselves without words.

Click here to see the complete catalog of the 354 Painted Carnac paintings.

Each painting is acrylic on 22″ by 33″ handmade rag paper. 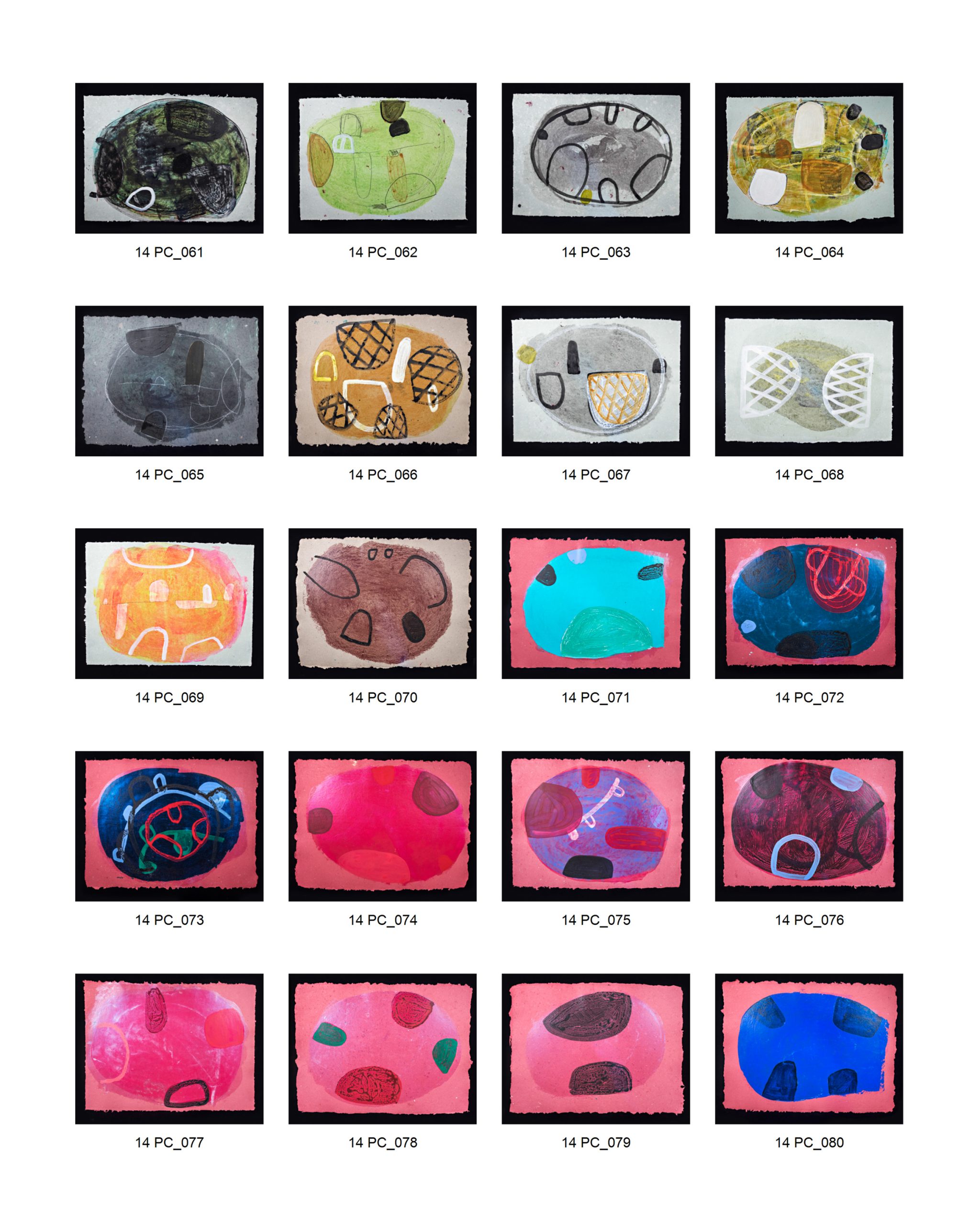 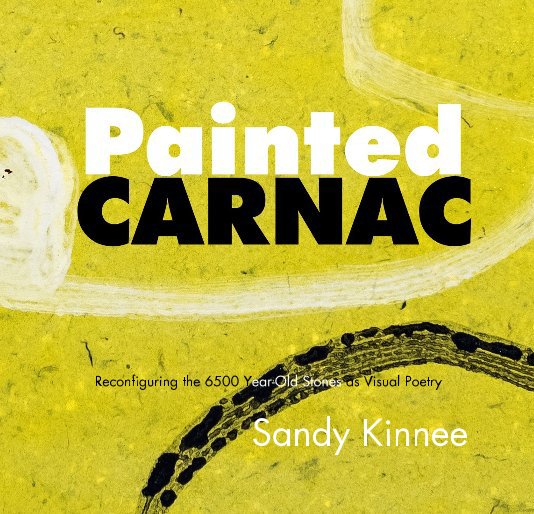 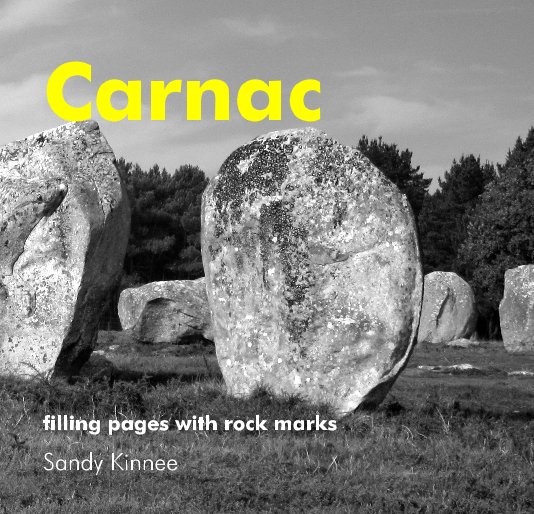