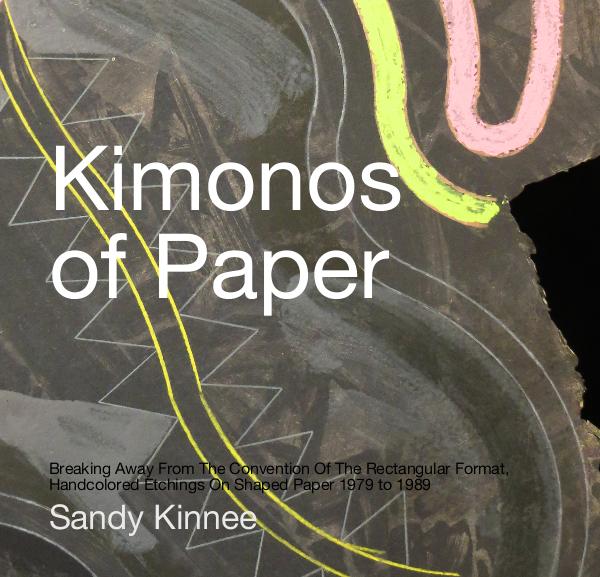 The Kimono Prints: 1979 to 1989 The original intent, in selecting the kimono shape, was to use a non -Western shaped motif as a format for my prints. I had already employed fan shapes. Kimonos seemed like a very logical step. The first series, “A Non-Geometric Kimono”, used a famous, well known Noh costume as a format. The image was overt and I made one hundred variations. Each kimono was assembled from four pieces of handmade paper, sewn together by a studio assistant. The primary goal was to create a series of prints where the ink, paper, and stenciled color changed and the image and format were constant. While each piece could stand on its own, the entire series was to be considered in terms of process. In later kimono series, such as “Hybrid”, the divergent and unexpected images from non-western traditions onto the kimono format. For “Hybrid” I repeated the image from a Mimbres pottery bowl. More than 400 Kimono shaped pieces exist, a number in museum collections, such as the Metropolitan Museum, Portland Art Museum, New Britain Museum of American Art, and others. The Purdue University Engineering School hangs several in their building to demonstrate the connection between creation and skill.