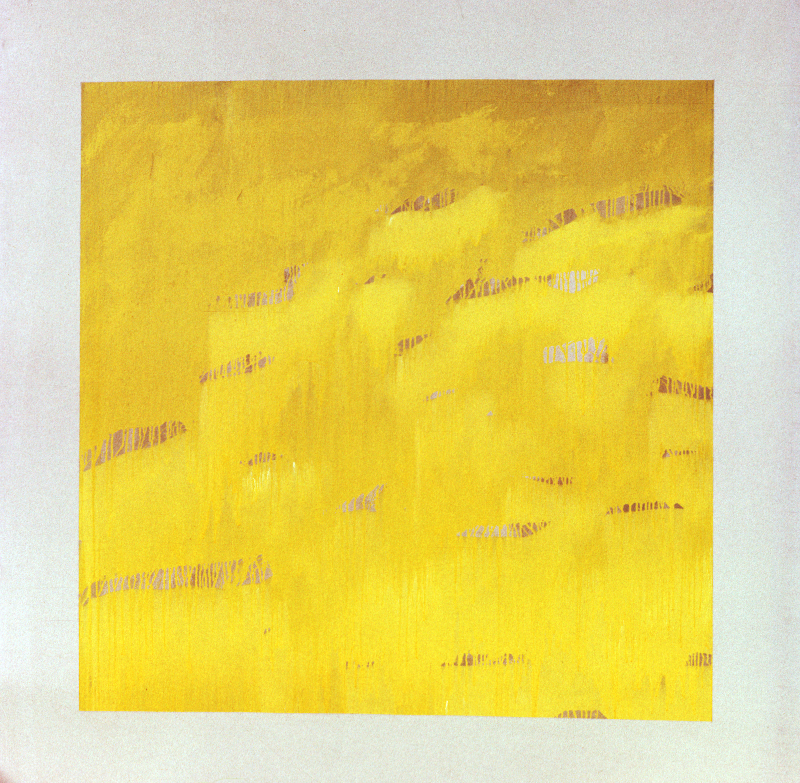 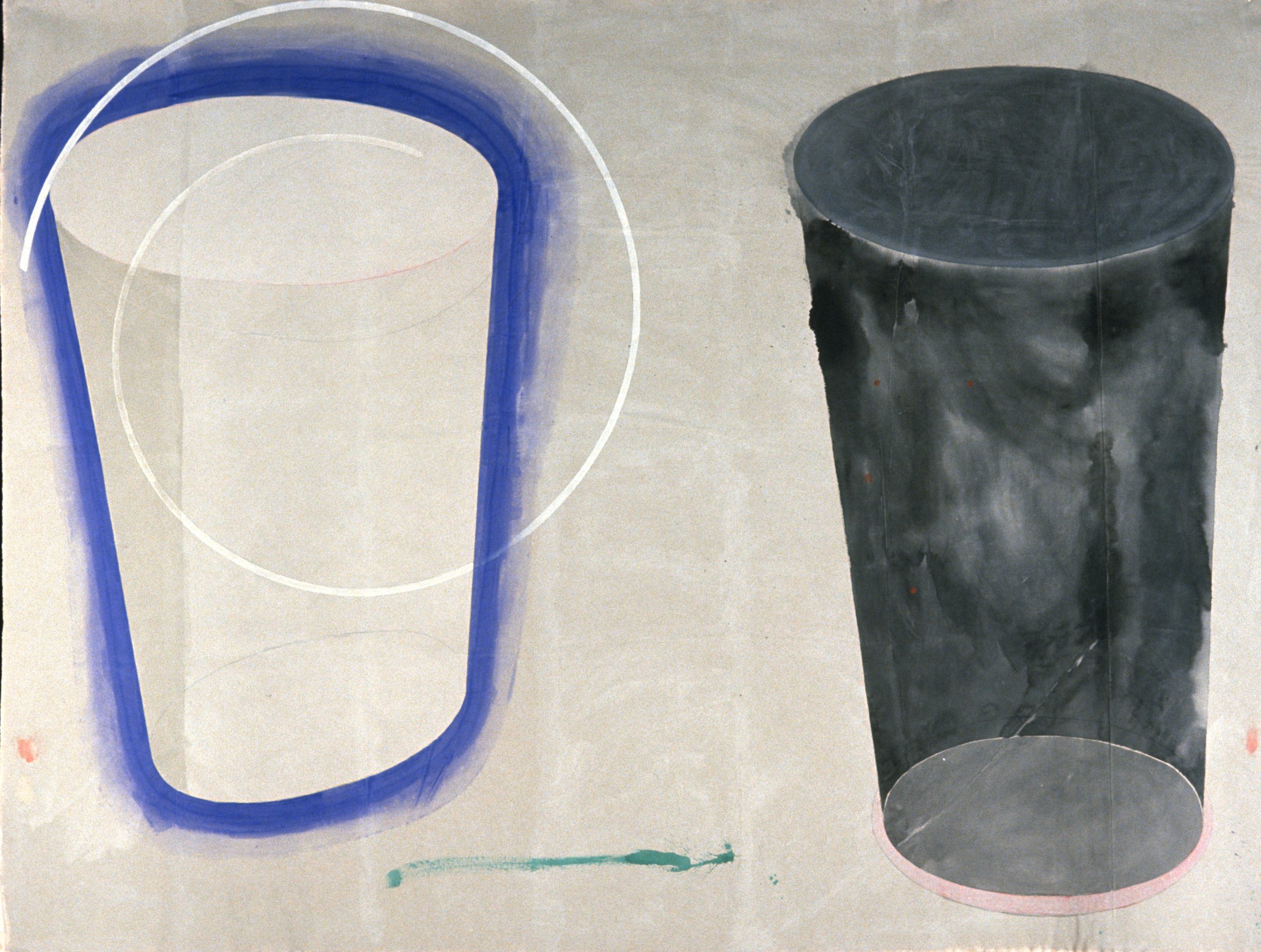 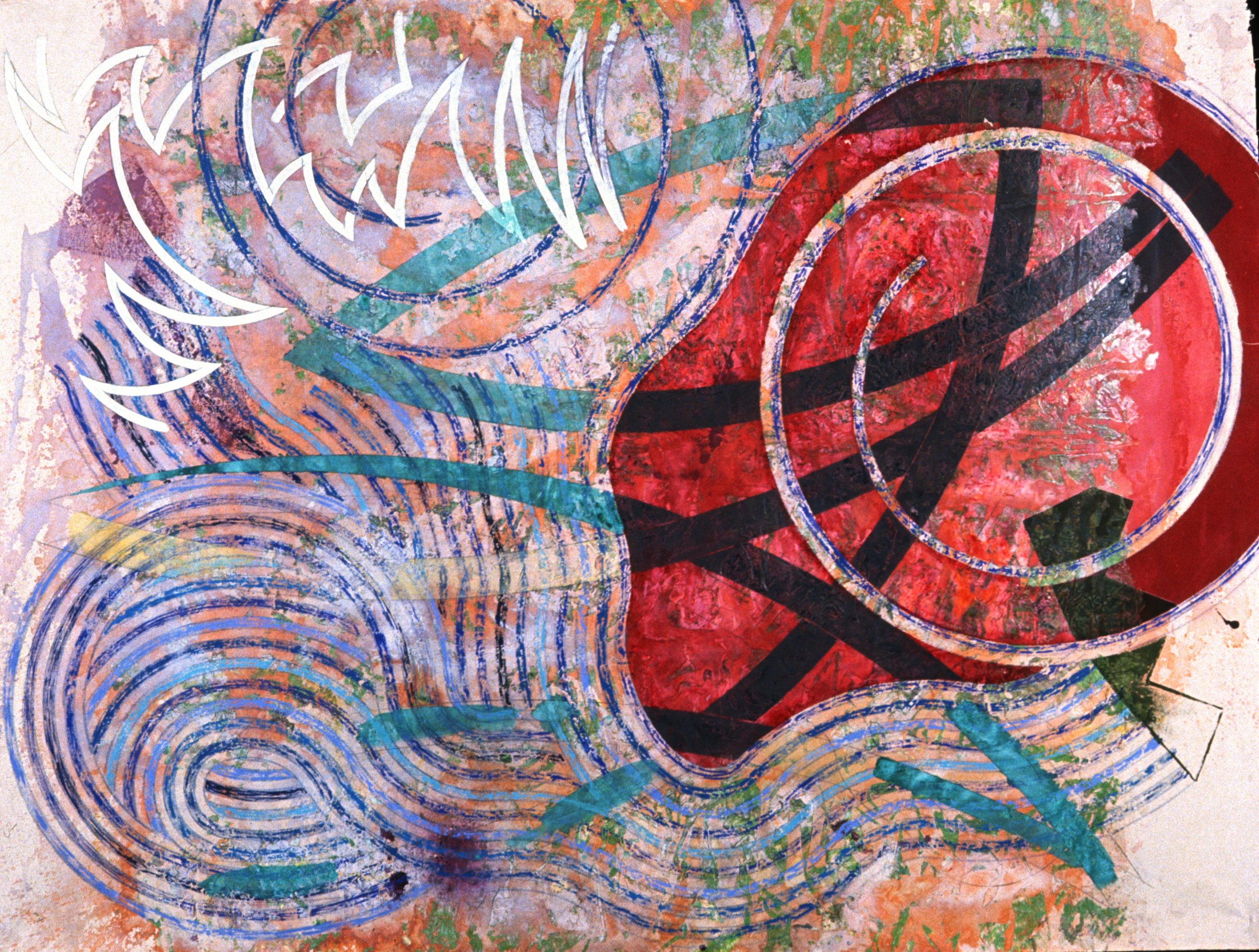 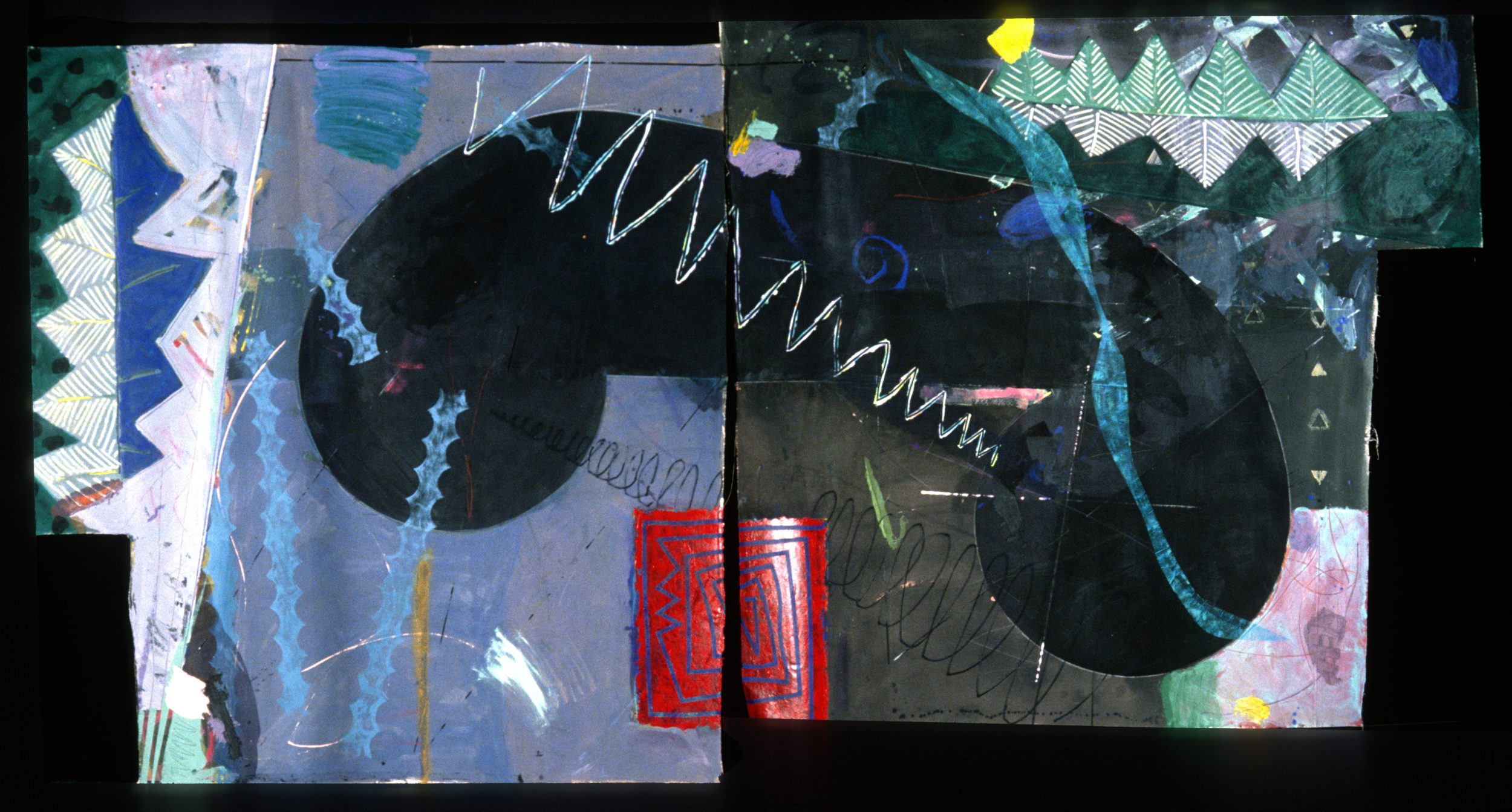 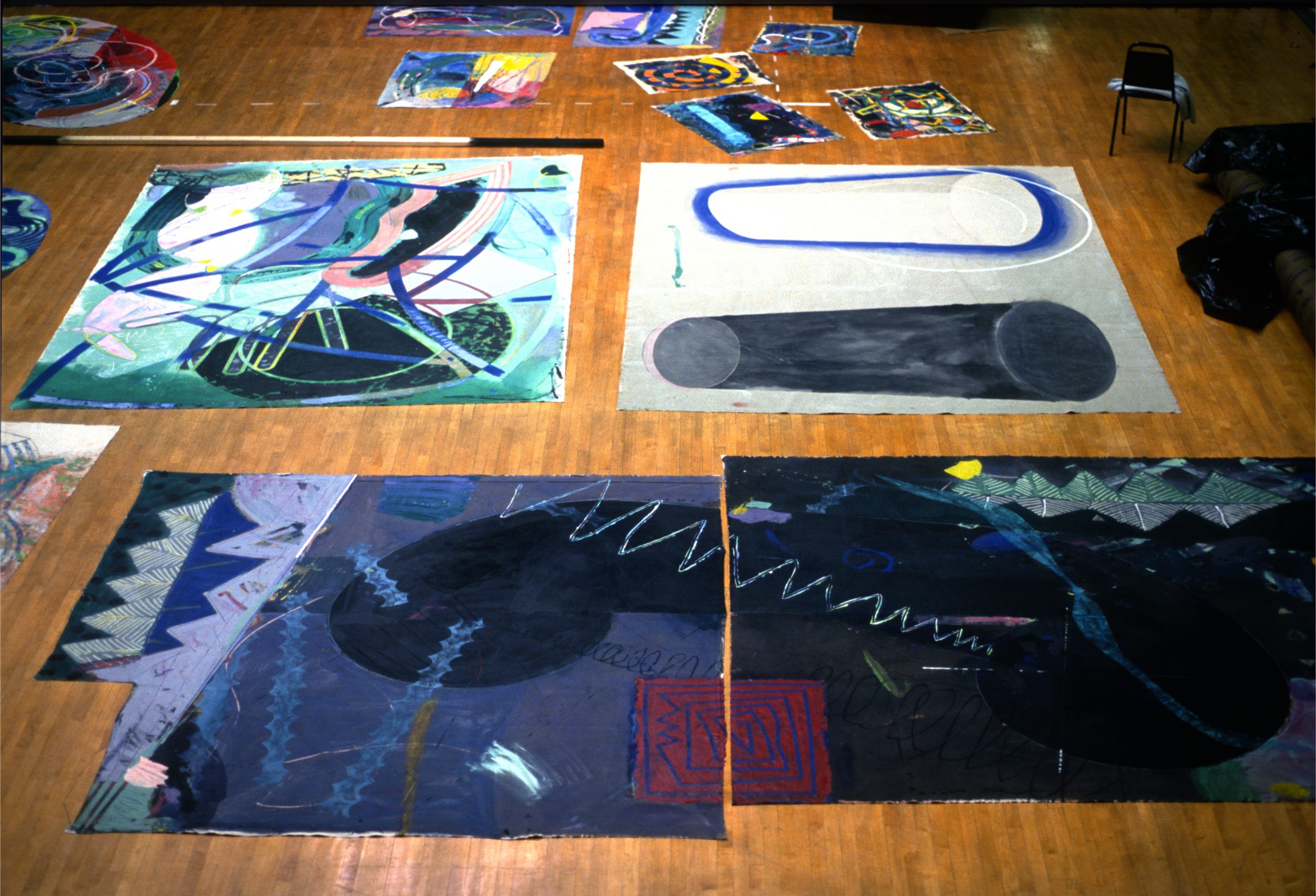 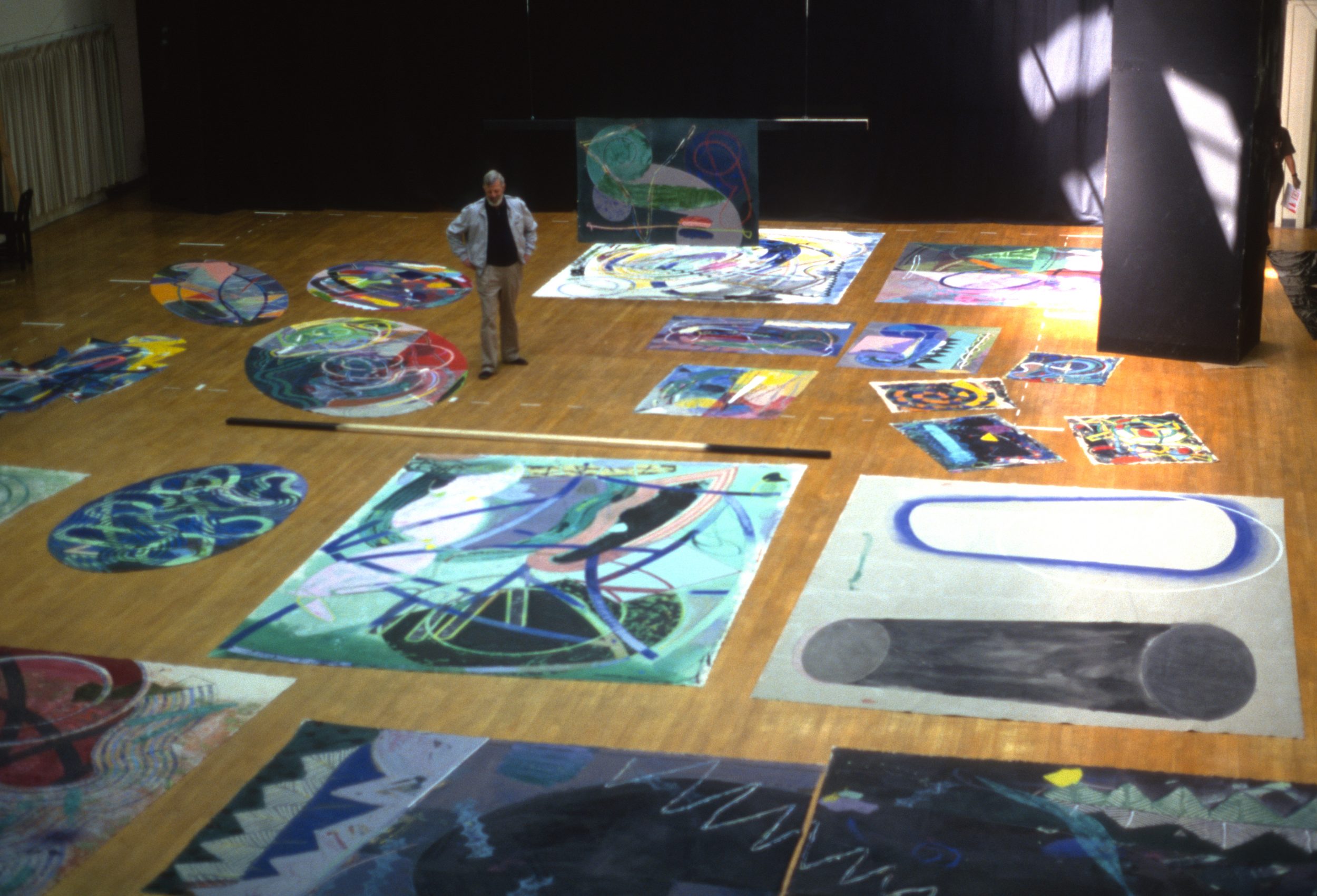 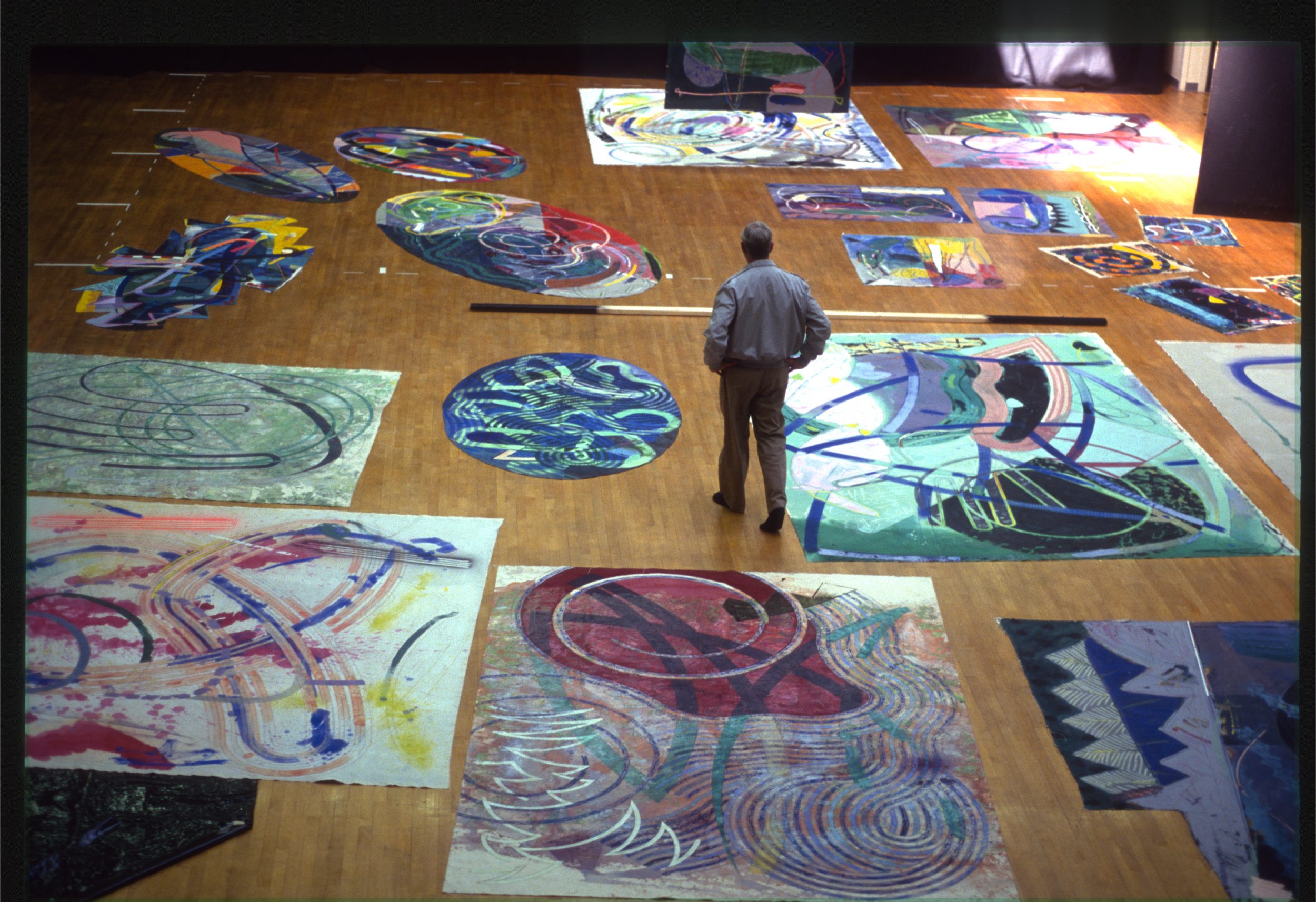 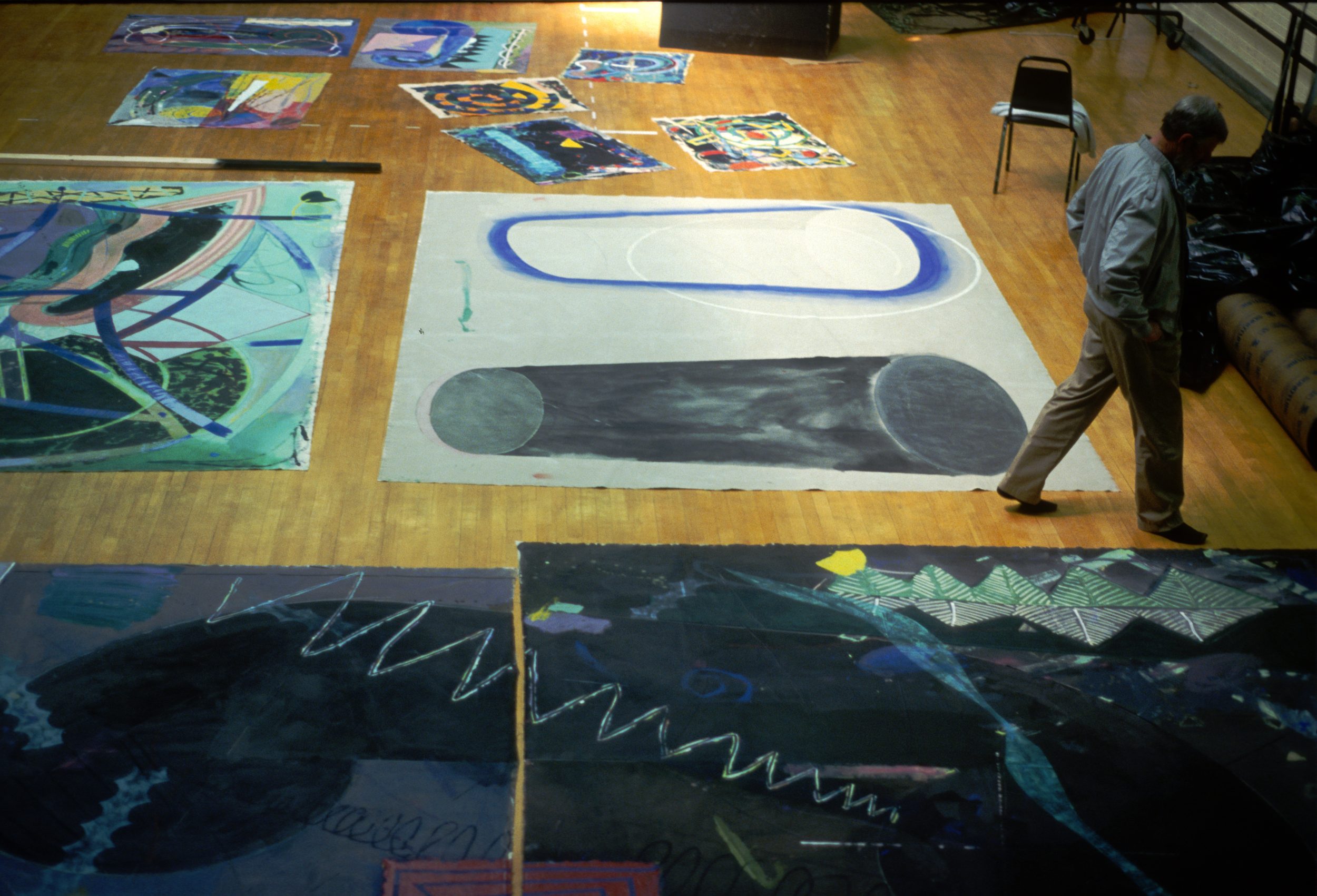 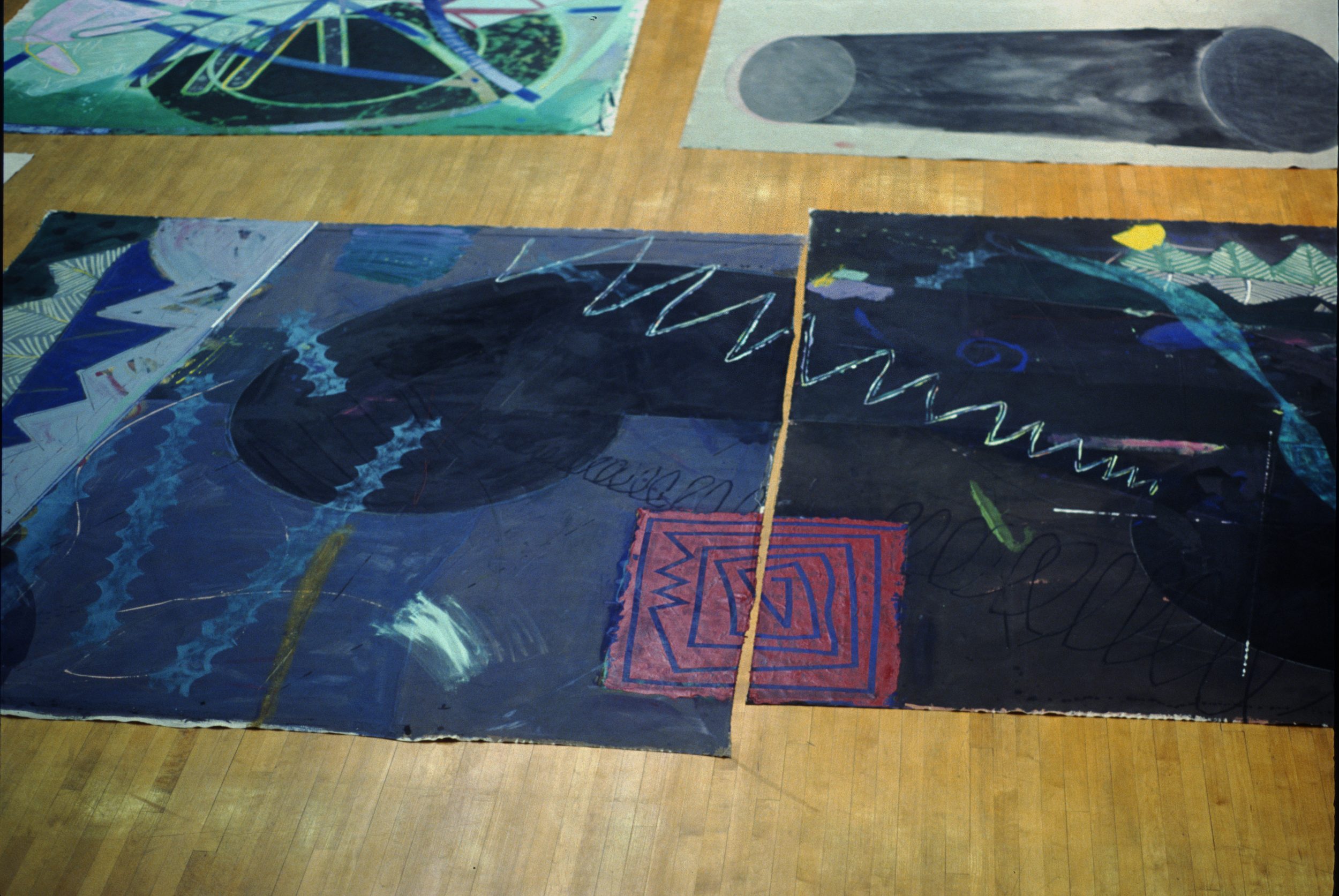 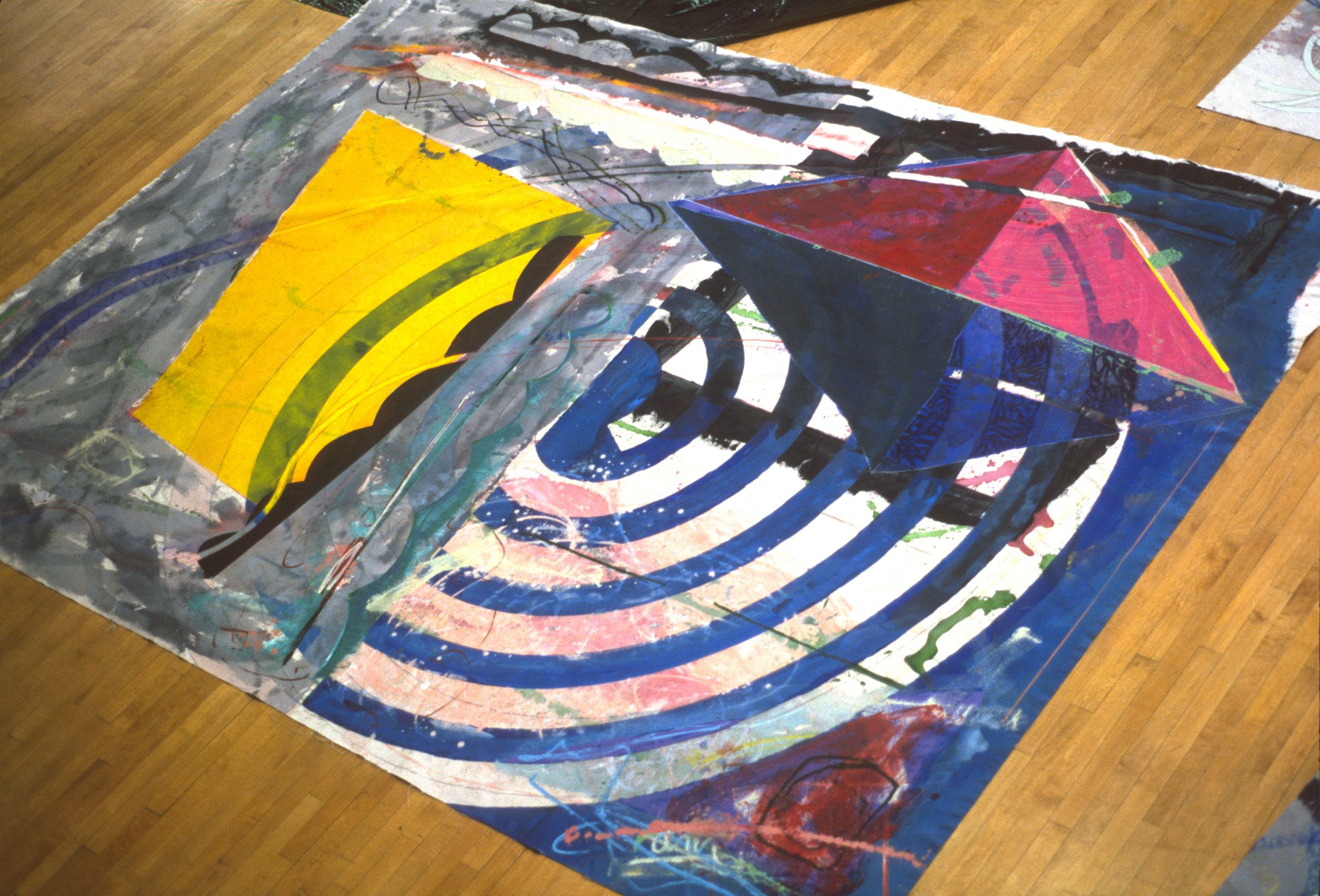 At the end of the nineteen eighties, my studio was in an old store front that had long before been a neighborhood grocery, allowing me to paint large canvases. The vastness of the floor space begged to be covered. I had an eight foot wide roll of heavyweight canvas, maybe 20 yards, left over from the 1974 Ohio State Office Building commission.* There is a longer story relating to the commission, but simply put, I was still living in Oberlin at that time, working for the Allen Memorial Art Museum, when Darby Bannard visited me in my studio. That is another tale to tell.

All of these paintings were made using eight foot wide canvas. The shortest side is always eight feet. Each canvas is therefore 8′ by “X”. You may calculate the dimensions using that information.

The largest piece is 18′ by 8′, called “Black Ionic”. It is the image above that resembles a gigantic telephone or an ionic capital, made of two canvases.

*(the 7′ X 7′ square yellow painting shown above, may have been destroyed by a fire in the Ohio State Office Building). For clarification, the grey border on the yellow painting is part of the painting, not a photographic edge.